In a continued series of winery spotlights in the Columbia Gorge and furthering my article in the Gorge Guide, below is a snapshot of the winery, their story and their wines.  Make a point to visit and add your experience as a comment.  Cheers! 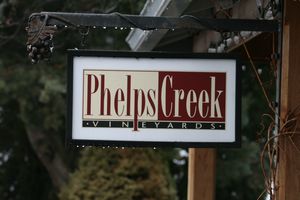 In 1989 Bob Morus moved to Oregon with the goal of planting Burgundian grape varieties (Chardonnay and Pinot Noir).   In an area known for pears and cherry orchards, Morus took a chance Hood River, an area not yet well known as a wine-growing region.

In a recent interview with Morus he explained to me that although his property is higher in elevation than many in the Willamette Valley (around 1,000 feet) the area has the same heat units as the Willamette Valley, which is key for growing good Pinot Noir and Chardonnay.   Morus ended up purchasing 60 acres total, on south facing slopes, and started planting grapes in 1990.

For the first few years he sold fruit to the well-known Willamette Valley wineries of King Estate, and then to Ponzi Vineyards, who also saw the potential of the grapes from this region. Eventually Peter Rosback (owner/winemaker of Sineann), who was just ascending as a cult winemaker in Oregon, started courting Morus for his Pinot Noir.  That is when Morus knew this area was one to be taken seriously.

Around the turn of the century Morus decided to hold back some of his best fruit and made the decision to create his own wine label.  Morus started Phelps Creek Vineyards in 2000.

From 2000-2006 Peter Rosback made the Phelps Creek Pinot Noirs.  By 2005, with the opening of their tasting room (located at the Hood River Golf Course), they had been producing only Pinot Noir and Chardonnay and were ready to expand, so in 2005 Morus came up with the idea of Brimstone. 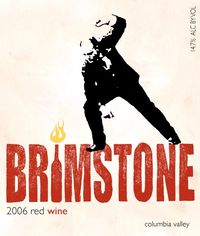 He explained that he always wanted to make a wine dedicated to the Reverend Billy Sunday, who “captured the nation’s attention as he vigorously preached by ‘fire and brimstone’ the virtues of prohibition and creationism.  Following a nation-shaking career, Sunday sought tranquility in Oregon’s Hood River Valley”.

The wine started out as an exploration of other grape varieties succeeding in the area, Syrah and Merlot.  The blend today also has Cabernet Sauvignon and Pinot Noir added to the mix.  He soon followed Brimstone with a white wine counterpart, Hellfire, which is an incredibly refreshing and tasty blend of Pinot Gris, Chardonnay, Gewürztraminer, Riesling, and Sauvignon Blanc, other varieties that also grow well within the Columbia Gorge AVA.

What is Morus most proud of?  His Pinot Noirs.

Rich Cushman, born and raised Hood River, and educated in wine making at UC Davis, is now director of winemaking for Phelps Creek, in addition to making his own wines at Viento.  Topping off Phelps Creeks winemaking team is Alexandrine Roy, 4th generation winemaker from Gevrey-Chambertin in the Burgundy region of France, who visits Hood River a few times a year to make their Cuvée Alexandrine Pinot Noir along with other projects for Phelps Creek.  Together the two winemakers add their unique touches to the winemaking program at Phelps Creek.  In particular, Morus is most excited about the reserve Pinot Noir line.  With Cushman in charge of the Estate Reserve Pinot Noir and Roy who creates the Cuvee Alexandrene, both wines providing a very unique story as they contrast two different styles of winemaking with fruit from the same vineyards.  Just taste the two wines side by side and you’ll know exactly what I am talking about. They display the unique winemaking styles of each winemaker and are both equally delicious.

Don’t just take my word for it, Phelps Creek wines are deservedly beginning to receive not only regional but national attention and accolades.  Recently Jay Miller of the influential Robert Parker’s Wine Advocate wrote,  “This is an impressive collection of wines from Phelps Creek Vineyards located in the Columbia Gorge AVA,” awarding many of their wines 90 points or above.   In their July/August 2009 article Northwest Palate Magazine wrote, “Phelps Creek is building a solid reputation as a quality-focused Columbia Gorge AVA winery.”

If you live in the Northwest, now is a great time to discover the wines of Phelps Creek.

Here are some of my favorites of their current lineup: 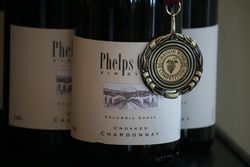 « The Independent Champagne & Sparkling Wine Invitational: The highlights to a most amazing weekend in New Orleans
2010 Wine Bloggers Conference, part 1… and what inspired me the most. »