This Semi-Smoked Apple Crisp is a fantastic dessert cooked directly on your grill and perfect for a family of four!

Have you ever wondered if you could cook an apple crisp on an outdoor smoker or grill? Or better yet, if you could attain smoke flavor without owning a smoker? The answer to both of those questions, my friends, is yes, yes you can.

*If you saw this recipe on AM Northwest, click this link to direct you to the version we cooked on TV.

Two weekends ago we made grand plans that involved taking the kids out to the scenic Columbia Gorge area to go apple picking. This would, of course, also involve sipping on apple cider, maybe even some fritters, and perhaps even hit up a pumpkin patch. I imagined some frolicking and happy kids and fall foliage. It was going to be one of those perfect fall weekends, like the ones you see your friends posting all over Pinterest and Facebook. Except that didn’t happen.

Instead I woke up with a sore throat the size of Texas and a cough like a smoker. The kids were in terrible challenging moods and testing boundaries. One of them began taunting the dog to the point where the next thing I heard was dog growling and kid screaming. The dog scratched the kid, stirring him into a frenzied craze for the rest of the morning (he’s totally fine by the way). Oh, and it was raining. Not really the most ideal weather for frolicking in an apple orchard, even in cute rain boots.

We wouldn’t be getting our picture perfect fall apple-picking weekend. But that didn’t mean we couldn’t eat like it.

The sun eventually made an appearance and we decided to fire up the grill, and, using apples we already had in the house, decided to make one of our most favorite fall desserts ever – apple crisp. But instead of baking in the oven we cooked it on the charcoal grill.

We’ve played around with cooking desserts on the smoker and grill for years and we love it, especially for apple crisp. It gives it a nice smoky outdoorsy element while also thoroughly cooking the sweet apple filling and allowing the topping to get nice and crispy.

Apple Crisp on the Grill or Smoker

You can also easily cook an apple crisp in your smoker, set to 350-375 degrees (similar to what you would cook it in an oven at), but I find this method is an excellent alternative for those who may not own a smoker but still want to add some mild smoke undertones. We’ve done it both ways. Lately I’ve been a bigger fan of this method. I find the topping gets crispier. The most important thing to note with a grill (especially a charcoal grill) is that it is difficult to maintain a consistent temperature, so keeping a grill thermometer inside to monitor the temp is a good idea.

How to Add Smoked Flavor Without a Smoker

As far as the actual apple crisp recipe, Ina Garten can do no wrong with her Old Fashioned Apple Crisp as far as I’m concerned. I just love the combination of lemon and orange zest and juice she adds to the filling. The only problem with this recipe (if you can call it a problem) is that it’s MASSIVE! It’s meant for a large group, not a family of four (even a family of four with HUGE appetites).

So after years of making this recipe and trying to adjust the measurements (and also reduced the sugar content by more than half, I don’t think it needs it), we finally found proportions perfect for four people. No leftovers here.

Bonus: The kids love to help with the mixing!

They will also patiently guard the grill so nobody steals the apple crisp when it is unattended.

Hey, don’t mess with a hungry four-year-old who’s about to have smoked apple crisp for dinner. Did I say dinner? I meant dessert.

(I’m totally lying; we actually ate it for dinner.).

We may not have gone apple picking that weekend, but nobody was disappointed after this meal. 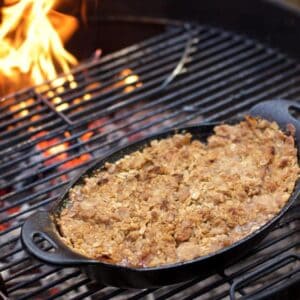 Notes: We adapted the original recipe in several ways, including reducing the size to feed four hungry bellies. Please note if you’re cooking on a hot outdoor grill to use a pan that can withstand high heat. We like cast iron for this and we used this exact dish for four portions. We also reduced the sugar, as we didn’t find it was necessary. It’s a winner every time!
Tried this recipe? We would love to see!Mention @vindulge or use the hashtag #vindulge!

*Disclaimer: This post contains affiliate links for the cast iron dish you see in the picture. That means I receive a small commission if you purchase this dish through amazon. By purchasing through these links you are supporting this site so that we can continue to share more grilling and smoked love! I only recommend products we use (often!) and love dearly. And this pan is da bomb. 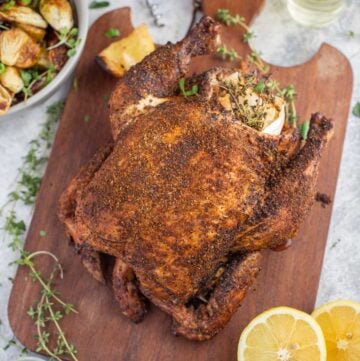 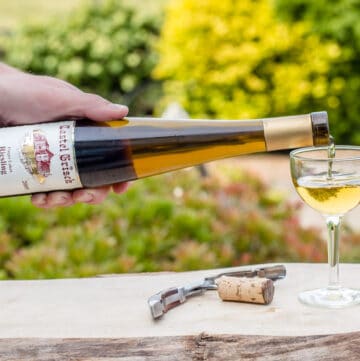 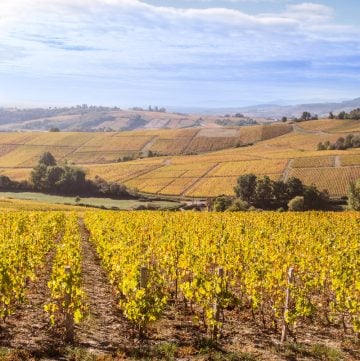 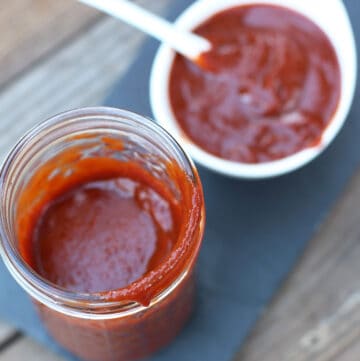