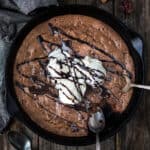 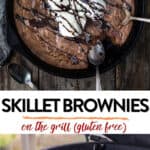 If desserts on the grill is your thing, then Grilled Skillet Brownies will not disappoint. Made to be dense and rich in chocolate, these brownies are topped with a chocolate drizzle and vanilla bean ice cream.

We cook mostly gluten free in our house, but this recipe is very easy to sub the gluten free flour with regular all purpose flour (equal proportions).

Take it up a notch further with a crumble of our sweet candied nuts with bourbon and brown sugar.

If the grill is already going for your main dish, why not finish your dessert on the grill too. Anything you would normally cook in the oven, you can also cook on the smoker (and it’s so much more fun!). The added mild smoke flavor is a great addition to the brownies (plus they just look cooler in a cast iron pan!). Skillet brownies just need a few simple steps to be ready to cook directly on your grill.

There are a few ways you can make scratch brownies. Either the fluffy and cake-like texture, or the more dense and almost fudge-like texture and flavor. We prefer the latter. We do this with our ratio of flour to liquids to keep a rich and dense texture. Want a fluffier recipe? Add more flour. More flour will yield fluffier and lighter brownies, less flour you’ll get more dense and rich brownies. Ours were inspired by Ina Garten’s rich dense brownie recipe, which she serves in adorable individual sized tiny cast iron pans.

Why a Cast Iron Skillet?

The cast iron skillet can handle heat, and the skillet won’t potentially shatter on a grill (like with glass). It also conducts heat really well, so for skillet brownies we use a 10-inch cast iron pan that has been greased liberally with butter.

For our batter we use the classic baking technique of combining all the dry ingredients in one dish, and the wet ingredients in another. Then we gently combine.

How to Grill Skillet Brownies

We love a little extra chocolate drizzle on our skillet brownies. Simply melt some chocolate chips and then drizzle over the top of the brownie and ice cream. Want to get fancy? Shave some milk chocolate over the top. And a scoop of ice cream, of course, is mandatory 😉

More Great Desserts on the Grill

Skillet Brownie Recipe on the Grill 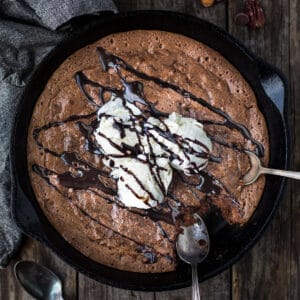 Skillet Brownies on the Grill

Made to be dense and rich in chocolate, these Skillet Brownies are cooked on the grill and then topped with a chocolate drizzle and vanilla bean ice cream. Gluten free.
No ratings yet
Print Rate
Prep Time: 15 minutes
Cook Time: 30 minutes
Servings: 6 servings
Author: Mary Cressler | Vindulge
Cost: $10

Note on Flour: We use Gluten Free 1-to-1 flour in our cooking (for our kid’s sake), but you can easily substitute regular all-purpose flour if you are not gluten-free. Store Bought Mix: We’ve also done skillet brownies with store-bought packaged brownie mixes. Just follow the package directions and place the mix into a cast iron skillet, and cook until a toothpick comes out clean.
Tried this recipe? We would love to see!Mention @vindulge or use the hashtag #vindulge! 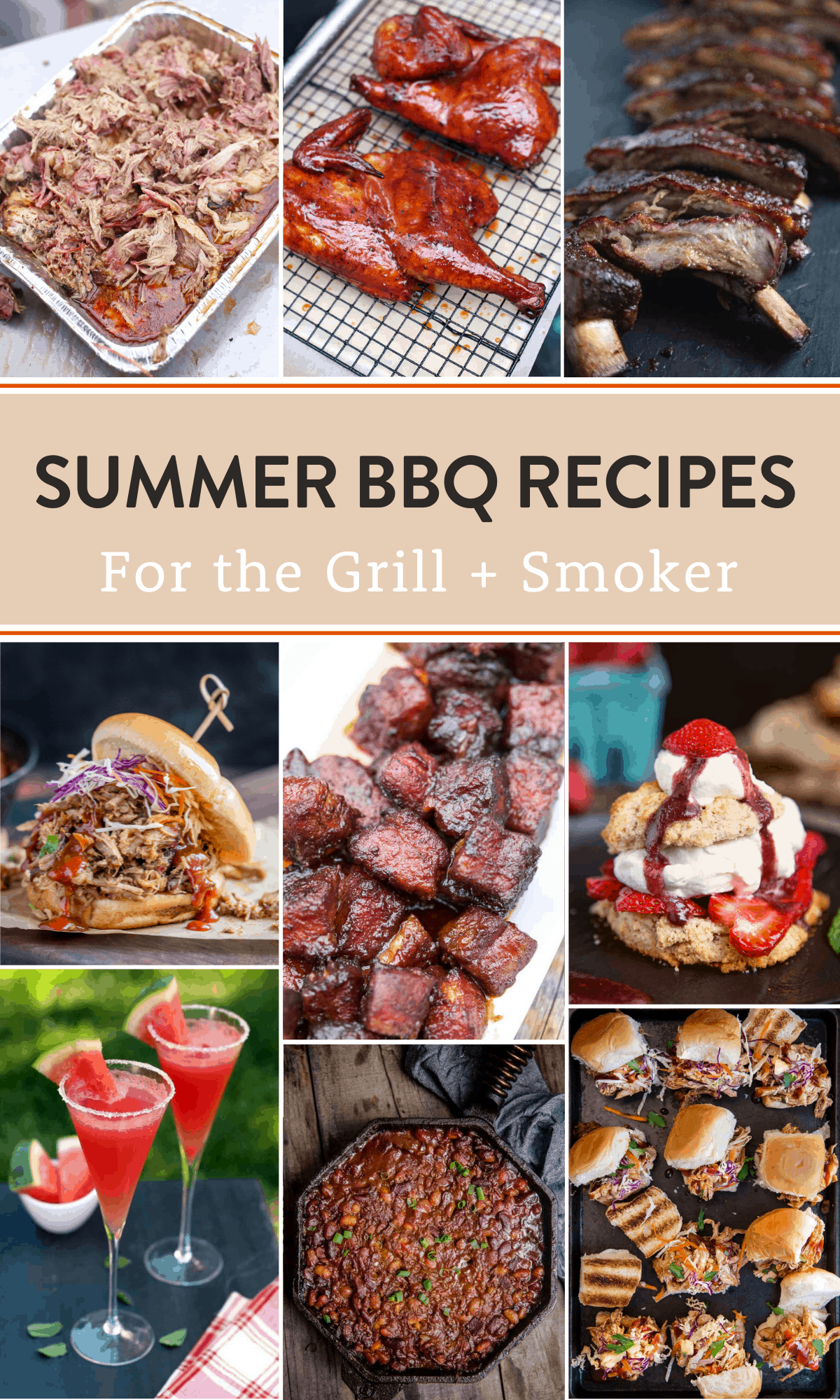 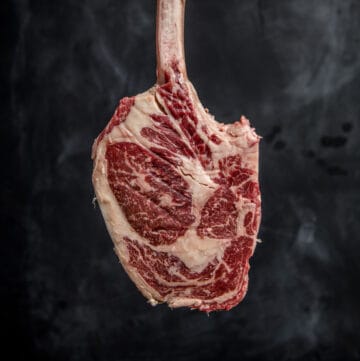 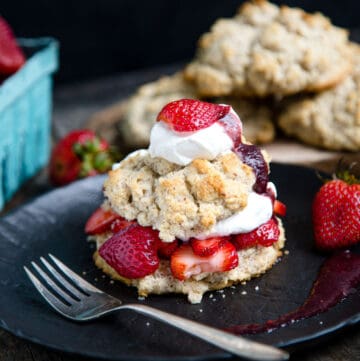