Etna DOC is an incredible wine appellation that covers the slopes of Sicily’s Mount Etna, the largest active volcano in Europe at  3330 meters (or 10,920ft).  Despite the dangers of planting vineyards near an active volcano, the region is producing some amazing wines.

This region is known for its unique volcanic terroir resulting in very distinctive wines high in minerality and acidity.

Etna is a wine-producing region located around the eastern side of the volcano, Mt. Etna, and arcs around the north, east, and south slopes of the mountain. The region was recognized as an official wine appellation, DOC (Denominazione di Origine Controllata: a classification used to signify and protect Italy’s most important terroirs) in 1968, and was the first DOC in Sicily.

The altitudes of the vineyards vary significantly, ranging from 450 to over 1,000 meters (3,200 feet) above sea level, and includes some of the highest vineyards in Italy. Its unique topography creates a diverse range of microclimates and changes based on elevation, sun exposure, and proximity to the sea. Here the summers are hot and dry, and winters are cold and often harsh.

In terms of the vineyard soils, Etna is considered young (less than 15,000 years old), due to the nature of the still active volcano. The soils of Etna are regularly refreshed with ash and lava, though not distributed equally throughout the region based on the direction of the volcano’s eruptions.

​​However, the Etna terroir is home to some of the oldest vineyards in Italy, some even more than a century old.

These ancient vineyards are often ungrafted, which means they are not grafted onto an American rootstock.

Etna’s unique and rare terroir is what makes it stand out from others in the world, which is a mix of decomposed lava, ash, sand, resulting from prior eruptions that date back thousands of years. The soils tend to be rocky, coarse, fast draining, nutrient poor and mineral rich.

The Grapes to Know

The Etna Wine appellation is home to many indigenous grape varieties, and the resulting wines (whites, reds, and sparklings) are generally characterized by their marked minerality and high acidity.

Related Article: Read our guide on how to taste wine.

The main red grape varieties in the area are Nerello Mascalese and Nerello Cappuccio.

The main while grape varieties include Carricante, Catarratto and Minella Bianca.

You can also find some fresh and flavorful rosato wines from the region, typically based on Nerello Mascalese and Nerello Capuccio.

The popularity of this region and its wines are on the rise. A combination of good press, more imports, investment, and thriving tourism, is making this one of the regions to watch (and also visit!). These wines are incredibly unique, very food friendly, and delicious in so many ways. These are ones to seek out or ask your favorite wine monger if they can get you some.

Wineries to Seek Out

Explore wines from our online wine marketplace shipped to 42 states throughout the US. 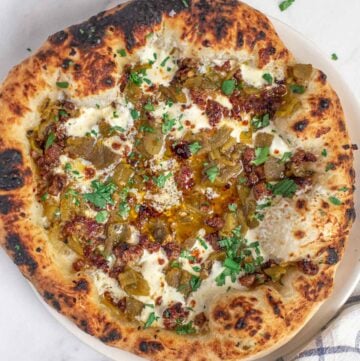