You are here: Home » Wine » White Wines » Chardonnays that will keep you warm this winter

It’s true.  I drink white wine in the winter. A lot of it actually.  And I know I’m not the only one.  There’s something about drinking white wine in the winter that is refreshing to me, often reminding me that there is a light at the end of the tunnel, or rather hope for a warm and sun filled summer coming my way!  But more importantly I believe (and want you to understand) these wines are not just for warmer weather, but to be enjoyed throughout the year given you find the right style for each season.

There are many hearty white wines out there that can comfort you even during a heavy winter snowstorm.  I should know, I’ve experienced way too many of these already this winter.  So ditch the idea that the only thing that can keep you warm is a glass of hearty red wine and a roaring fire.  White wines can be just as comforting and can even go with some of the heavier comfort foods we indulge in during these cold and dreary months.

Just to prove this point I spent last week (where we had two significant snow storms and an average high temperature of about 25 degrees) drinking white wines, most of them Chardonnays, to see which would hold up to not only the weather, but the heartier foods of winter.

Why Chardonnay?  Well to me Chardonnay is a solid year-round wine.  They come in all different styles, light crisp and unoaked, rich buttery and bold, and those that fit somewhere right in between.  For winter months, I recommend those that lie in the middle to the heavier, richer styles.  I also hope to break some of the bad stereotypes of this popular grape.

I know way too many people who subscribe to the ABC notion of wine (“Anything But Chardonnay”), which is basically a revolt against Chardonnay, thinking it is simply an “old mundane standby”.  Mundane? I beg to differ.  There are also those who are anti-Chardonnay as a revolt against a heavy over-oaked style which once plagued California and gave it a bad rap.  But I know better than that.  I am a proud fan of said grape and I truly believe there is a Chardonnay for all palates (just as I do bubbles, but that’s another post), it’s just about finding a style that’s right for you and your own palate.

Below are three that I recommend, all from California, all around the same price point, and none of them are “oak bombs” proving that even many California producers have moved away from that once popular (now overdone) style of Chardonnay that used to be the norm for the region. 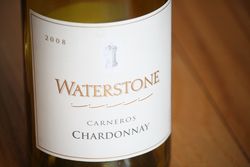 Bright, crisp citrus favors on the nose (lemon, pineapple, grapefruit), with some vanilla aromas.  Mouthwatering on the palate with rich flavors of caramel, green apple, apple pie spices, and more vanilla.  The wine is medium bodied, not too heavy but certainly not light, and would be a great match for a hearty pasta dish with a cream based sauce, wine sauce, or even paired with roast chicken. 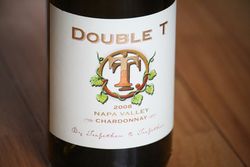 Green apple, fresh lemon, lemon peel, pineapple and vanilla lead the way on this medium bodied Chardonnay.  The wine has a nice richness to it without weighing you down with baking spices and minerals lingering throughout the palate.  Rich and spicy, this wine would hold up to a heavy pasta dish, creamy potpie, or just sipping by the fire.   Good value for taste and richness 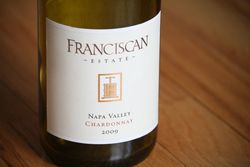 Fresh squeezed lemon, pineapple, and apple along with toast, butterscotch and vanilla on the palate.  Dry, rich, medium-full bodied and somewhat fresh and spring-like, yet hearty enough for winter.  This wine has just the right amount of a buttery, creamy, mouthful without getting carried away.  It is the best of both worlds of Chardonnay; creamy, buttery and toasty, yet minerally, fresh and fruity.   Nice and balanced.  Would be great with a salmon risotto.

There you have it.  Three wines that prove you can enjoy your white wines year-round, and also showing that there are plenty of great California Chardonnays out there that don’t succumb to the stereotypical “oak bomb” style.